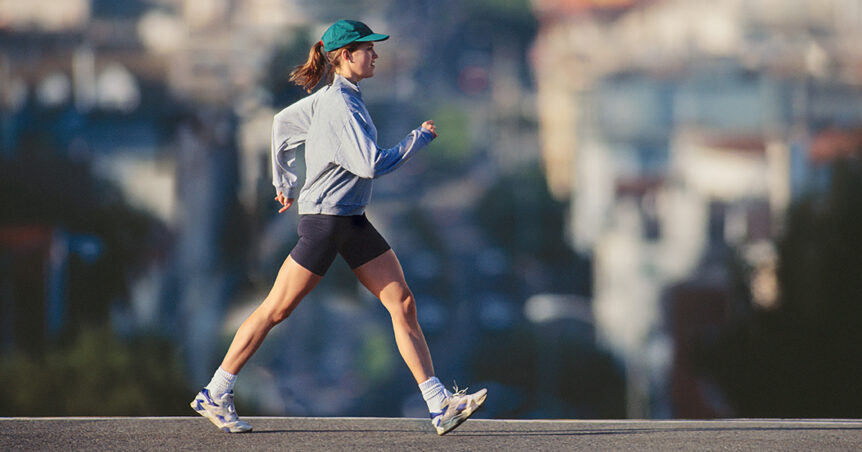 If you’ve set a goal to cut down on sugary snacks and desserts, researchers suggest that walking just 15 minutes per day could be enough to curb those cravings, especially chocolate-related ones.

Scientists in the U.K. did a study of 25 chocolate eaters, asking them to either engage in a daily brisk walk or to rest for the same amount of time. Participants reported lower cravings when they walked compared to when they didn’t. The researchers noted that previous studies have suggested the same tactic can be used for reducing nicotine addiction — which means that whether you’re craving a smoke or a cupcake, it helps to head out for a walk.

Although Taylor’s study was modest in size, it’s not the only research to make this connection. Other studies have highlighted the benefits of this tactic and have shown you can achieve the same results even on a treadmill.

For example, researchers in Austria looked at a group of overweight people who reported considerable cravings for sugary snacks. They had the participants abstain from sweets for three days and then walk on a treadmill for 15 minutes at a brisk pace. For comparison, other participants were told to sit passively for 15 minutes without doing anything. Once those sessions were completed, participants in both groups were asked to hold a sweet treat without eating it.

The treadmill group showed significantly less interest in eating the sweet treat than those who were passive. Researchers suggest the results might be related to how walking can improve mood and regulate blood sugar more effectively, which both have an impact on cravings.

While it’s helpful to know you can turn to a treadmill when needed, getting outdoors might be particularly powerful for crushing those cravings. That’s because the boost you get from exercise can be augmented through being in green spaces, even if that means a city park, or around your block.

For example, a study on 3,000 people in Tokyo found spending at least a little time outside every day provided improvements in emotional health, and those results were consistent across all age groups.

Plus, outdoor activity tends to lead to more interest in exercise, adds Mark Nieuwenhuijsen, PhD, a professor in environmental epidemiology at the Barcelona Institute for Global Research.

“We know that green space can reduce stress and improve mental health, and may lead to more physical activity and social contacts,” he says. “That can have a range of benefits, from an improved immune system, to better sleep, to healthier eating choices.”

That means knocking out your cravings may be only one effect of those brisk walks — you could start a whole cascade of advantages to both body and mind.

A brief walk could also provide a measure of prevention for the future, by giving you more resilience overall to reduce cravings from coming up in the first place, adds Alex Soojung-Kim Pang, author of “Rest: Why You Get More Done When You Work Less.”

This type of “active rest” teaches your mind to anticipate and embrace the activity, which means that whenever a trigger for craving comes up, you’ve taught your brain to pivot toward activity instead of your sweet stash. That’s particularly important for dealing with one of the major causes of cravings, Pang says, and that’s stress.

“We tend to think of rest as complete physical relaxation like we’re lounging or lying down,” says Pang. “But there’s a great deal to be said for getting more stress relief through a break that includes activity, like a walk.”

Stress doesn’t manifest only as feeling overwhelmed, frantic or frazzled, he adds. It can also show up as fatigue, boredom, irritation and sadness. Many people turn to sugary foods like chocolate at that point, thinking it will give them a much-needed boost — which it tends to do, but only temporarily. Once that surge in blood sugar recedes, they’re often left feeling even more stressed and depleted than before. Taking a walk can break this cycle, Pang suggests, and give you the other benefits of activity as well.

“Best of all, there’s no downside here,” he says. “If you’re trying to cut down on sugar or you’re getting cravings because you’re stressed or fatigued, take that 15-minute walk break; you might be surprised at how much it can do.”

This article was originally written by author: Elizabeth Millard

Elizabeth is a freelance journalist specialising in health and fitness, as well as an ACE certified personal trainer and Yoga Alliance registered yoga teacher. Her work has appeared in SELF, Runner’s World, Women’s Health and CNN.

DOWNLOAD THE APP TO GET YOUR WEEKLY MEAL PLAN

You can switch between keto/banting, Low GI & Mediterranean) as well as daily exercise program for men and women.

Or, order one of our eBooks or online plans on the LK Fitness website: eBooks and online meal plans